I am going to try something new here. I will post the book information I’m currently started and post an update when I’m done reading it. Let’s bear with me and see how this is going to work out for me to keep a better track on the book I’ve read. 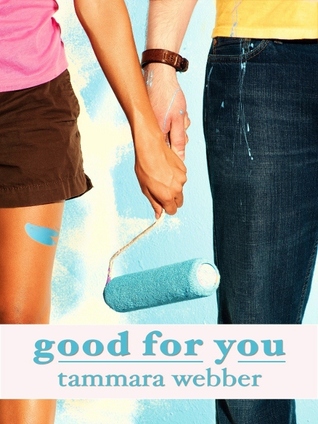 Reid Alexander’s life is an open book. His Hollywood celebrity means that everything he does plays out in the public eye. Every relationship, every error in judgment is analyzed by strangers. His latest mistake totaled his car, destroyed a house and landed him in the hospital. Now his PR team is working overtime to salvage his image. One thing is clear—this is one predicament he won’t escape without paying for it.

Dori Cantrell is a genuine humanitarian—the outward opposite of everything Reid is about. When his DUI plea bargain lands him under her community service supervision, she proves unimpressed with his status and indifferent to his proximity, and he soon wants nothing more than to knock her off of her pedestal and prove she’s human.

Counting the days until his month of service is over, Dori struggles to ignore his wicked magnetic pull while shocking him with her ability to see past his celebrity and challenging him to see his own wasted potential. But Dori has secrets of her own, safely locked away until one night turns her entire world upside down. Suddenly their only hope for connection and redemption hinges on one choice: whether or not to have faith in each other.

For more information about the book, check out its GoodReads profile or get it from Amazon for $2.99.

Alright, back to the book review. I absolutely love this book. Welcome back Reid! This third installment is dedicated to Reid and Dori and my favorite book by far in the series. Reid is my most favorite character in the series and I absolutely can’t get enough of him. I tend to love bad boys.

I was rooting for Reid to get together with Emma since the first book. When Emma chose Graham, I was totally heart broken for Reid because I think if without Dori’s appearance, he might end up hurting himself and can’t get out of the hold he dig for himself. I am starting to warm up to his character when this book started and he learned more about himself as the series continues.

Between the Lines had me hooked but Where You Are was a bit off-ish. I just don’t see the partnership between Britney and Reid happening on breaking Emma and Graham up. However, I can totally pictured the fireworks between Reid and Dori in Good for You. All the conversations between Reid and Dori were smart and funny while they were trying to get on each other’s nerves. I was smiling finally from ear to ear when Dori and Reid finally get together and both have something to offer between themselves.

The story was pretty slow the first half of the book, that’s why I took 0.5 star off the rating.

I saw this book on the September reading list for The Young Adult Book Club on GoodReads site. I thought I gave it a try.

After reading this book, I find myself enjoying YA contemporary more than paranormal literature. The book is good but not great and I can only allow myself to rate it 3 to 3.5 stars. After reading two powerful YA contemporary (Chain Reaction and Beautiful Disaster – I have yet to write a review for Beautiful Disaster), this book was just not up to par compared to them. I guess a lot of readers are sucked in by picturing British accent and handsome St. Claire but accent alone is not a turn-on for me. Josh, however, I could totally fall in love with.

The book was set in Paris (who doesn’t love Paris right?), well, not Anna who was shipped by her dad on her senior year of high school to SOAP, School of America in Paris. Away from her best friend and didn’t speak a word of French made her felt insecure. Ms. Perkins did not go into details on how Etienne St. Clair fall in love with Anna right away and somehow he just did. Even though Anna and Etienne had feelings for each other, they had never spoken it aloud. With them being mum about their feelings, misunderstandings kept piling up. But then, if they were open their feelings, this book won’t be here.

Succubus Revealed is the final book of one of the most favorite series. I caved in and bought Succubus Blues after falling in love with Vampire Academy series. After reading the first book of the series, I just have to get the rest of the books right away. I am willing to lose sleep over the books and without a doubt to do it all over again if I have to. It is so sad that the series has come to an end.

Parts of Succubus Revealed were pretty predictable but that absolutely did not stop me from reading it. Niphon’s appearance, a glimpse of the future from Nyx, Erik’s hint about the contract and the final straw of Letha name dropping basically tied all the plot together for Succubus Revealed. Even though Succubus Shadows dropped a lot of hints on how the final book will end, I just could not get enough the ups and down of the love and hope from Seth and Georgina’s relationship. I was sad when Seth was staying away from Georgina when he found out the truth from hypnosis. I would think it would bring them even more closer due to the finding-true-love-reincarnation cycles.

With all the perfect setup in Las Vegas, it didn’t stop Georgina’s friends to question the true motive behind all the changes Georgina was presented upon. I guess that’s what real true friends are for. I could not stop giggling at the cheesy scene of Hell where Georgina was being summoned to stand for trial.

A couple of things that I’m going to miss are Ramon, Carter and who can forget the evil bowling league. I was falling in love with Ramon character and sacrifice he made at the end was heroic. I could not get enough of the secretive Carter and I can totally pictured him being the Santa visiting the Mortensens’ and a softie non-stop gifting toys for the girls.

Overall, this is a must-read book if you are a fan Richelle Mead’s work. It worth 4.5 stars for sure. I took off 0.5 star for predictabilities in the book.

Finally, this book has been the longest anticipated book of the year for me. I prepared myself to loose sleep over this book. I started the book the moment Kindle delivered it to my iPhone and just completed reading the book cover to cover. I forced myself to read the book in a slower speed just because I wanted to savor every page and I don’t want the book to end.

Ms. Elkeles did a great job with Chain Reaction. While I was reading the first chapter, I just realized how much I missed her ease manipulation of words. Fantastic cover for Chain Reaction, similar style to the previous two books. Chain Reaction was a good as prior books in the series, no I take that back, it was actually the best out of three. I can’t wait to re-read all three book back to back again.

We continued Fuentes brothers’ journey with Luis Fuentes’ and Nikki Cruz’s story in Chain Reaction. Luis is such a likable character, smart with determination to pursue aeronautics engineering degree from Purdue University to be an astronaut and of course with the famous Fuentes attitude. Luis met Nikki at Alex’s and Brittany’s wedding in Chicago when he was fifteen. The sparks between them were undeniable and due to Nikki’s recent breakup with her boyfriend at that time, Marcos, their relationship did not go any further. When Nikki’s story began, I felt so bad for her and totally understood why she was determined not to fall in love again, especially Luis and trying hard to keep her distance.

Two years later, Luis and her mother moved back to Illinois to be closer to Alex and his family. They even moved back to the exact same house the Fuentes brothers grew up in. Luis was in for a big surprise. The neighborhood cleaned up nicely. I didn’t want to give out too much about the story, all I can say is that it was scandalous. Just like the prior books, Luis did get Nikki at the end and live happily ever after.

Be sure to read the epilogue.